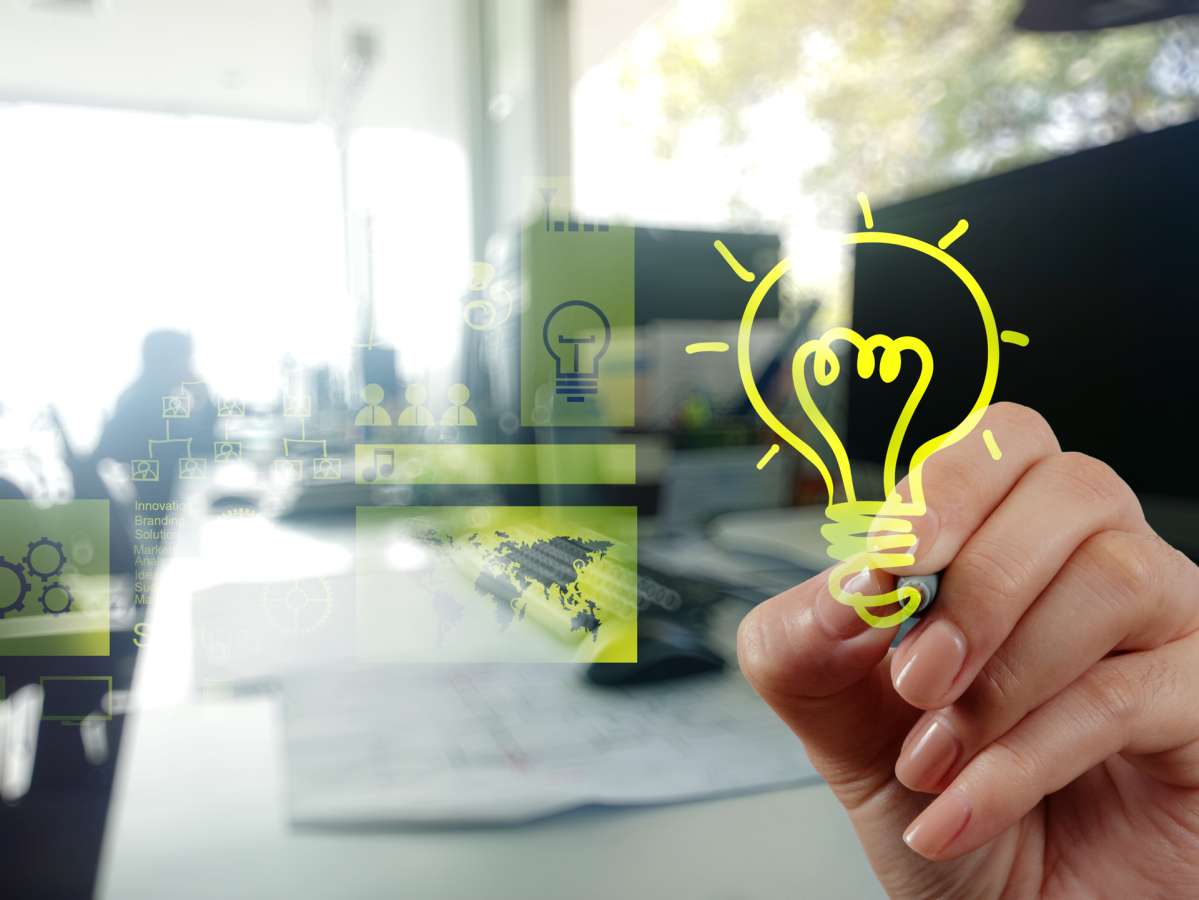 Research for the future

What will the world of air traffic control look like tomorrow? DFS is already dealing with this question today. In our Research and Development Centre, we are working on new technologies to make our work more efficient, more modern and even safer. We have many ideas, many of which are already far along the development path.

DFS has its own inhouse unit for research and development. At this unit, engineers, scientists, software developers, psychologists and other specialists are working on the future. They take the best of the technological trends and make them ready for the reality of air traffic control, with new procedures, new data and new assistance systems which reduce the workload of air traffic controllers. They are also investigating how flying can be made more climate-friendly.

To evaluate the impact of these innovations in practice, we use highly specialised tools, such as simulation systems. Our research and development projects also build on strong national and international collaborations. These include the German aeronautical research programme and the European Single European Sky ATM Research (SESAR) programme as well as bilateral collaborations with other air navigation service providers, various research institutions and universities.

As diverse as the various research and development projects are, they have one thing in common: They serve to make DFS even better and even more effective.

At DFS, there are already various assistance systems in use that support air traffic controllers in their work. These are being constantly improved and upgraded. DFS is working on new technical tools in a host of projects. One system currently under development will alert air traffic controllers in control centres even earlier and more reliably to situations where aircraft could potentially get too close to each other. It also proposes possible solutions to such conflicts. The use of artificial intelligence promises additional benefits in this regard.

Another development aims to ensure the optimal separation of aircraft along the complete approach to airports. This already works under normal weather conditions. In future, precise planning will also be guaranteed in stormy weather. Other aeronautical meteorological forecasts are also increasingly used to improve assistance systems for air traffic controllers.

When it comes to managing entire air traffic flows in German airspace, air traffic controllers can also rely on a development that is being optimised more and more. Using fast-time simulations of the expected aircraft movements, air traffic controllers in control centres are able to recognise at an early stage when and where which traffic volumes are to be expected and how complex the traffic will be. The number of staff can be adjusted on the fly to meet the expected volume and complexity of traffic. 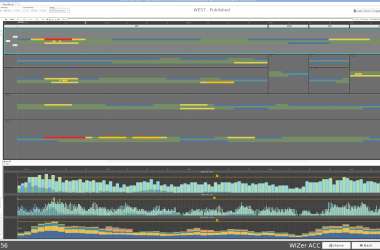 In research and development, simulations help us assess progress and steer developments in the right direction. With their help, we can assess the environmental impact just as reliably as potential efficiency, productivity and capacity gains. The results of simulations form a solid and reliable basis for our decisions on how to proceed. All those involved have a realistic and robust picture of the future of air traffic control.

Simulators play an important role at DFS. With their help, we can recreate a realistic replica of the work of our air traffic controllers. Whether in the 360-degree tower simulator, where an all-round projected image perfectly imitates the view from a control tower, or on radar simulators that correspond to the working positions in our control centres, different operational systems can be used in the simulated environments, depending on the requirements.

New concepts, tools or procedures are first developed as prototypes on the simulators. Only when they have proven themselves in the simulator will they be introduced. The simulators are also used to train student air traffic controllers and for general training. In order to make the training even more flexible, we are increasingly moving the simulators to the cloud. This allows simulations to be carried out regardless of location.

An important tool in the interaction with the simulator is the use of speech recognition. It is already being used in training and further education. Speech recognition could also be useful in daily operations to support the controllers. However, research and development work is still necessary in this area.

Systems of the future

Systems for communication, navigation and surveillance are the foundations of air traffic control. In this domain, DFS is monitoring the progress of technology and actively promoting further developments. For example, new surveillance technologies, such as passive radar, have the potential to reduce the ecological footprint while requiring significantly less energy and space. However, there is still a lot of research to be done before this development can be used reliably. We are contributing to this development within the framework of national and international collaborations.

With our own development Mode N, we have developed a ground-based navigation system. It is based on existing infrastructure and could become an alternative to satellite-based navigation in the future. Mode N would then be available for all aviation users, for civil and military air traffic, from large aircraft to air taxis and drones.

The availability of radio frequencies is essential for the safe detection of aircraft. DFS is developing a close-meshed monitoring system for this limited resource in order to detect faulty use or congestion of the radio channels at an early stage and to be able to react in a targeted manner. In addition to a ground-based system, the development also includes mobile and drone-based monitoring. As soon as new CNS systems are ready for use in air transport, we also collaborate on their global standardisation.

Do you already know our research magazine Innovation im Fokus? You can find the magazine in our media database.

For questions, please use our